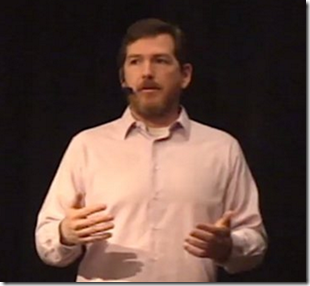 Pivotal has just hired engineer Benjamin Black — the regular Amazon employee who co-wrote the paper that would become cloud titan Amazon Web Services all the way back in 2003.

Black most recently worked at Microsoft, where he helped build Office 365, its answer to Google Apps, and prior to that founded a startup called Boundary, which monitored computer networks. Wired first reported the news last week.

These are important people in the world of cloud computing — a major movement that is reshaping how companies spend money on technology.

OpenStack is the four-and-a-half year old open source cloud project that took the basic concept behind Amazon’s cloud computing technology and made it available to anybody. It was started by Rackspace and NASA, and includes huge enterprise companies like HP and Cisco among its contributors.

Puppet is one of two companies (along with Chef) at the forefront of a movement called “DevOps,” which makes it easier for the people who develop software to run the operations necessary to support that software, rather than relying on the IT department to do it.

So what’s so exciting about Pivotal that it’s attracting this kind of talent?